Chilla Vanilla, previously known as Vivacious was established in November 2007 a short while after owner, Anrie concluded her studies in Somatology at CUT.

Since then, Anrie furthered her qualifications to include professional specialised make-up artistry, nails, permanent make-up and eyelash extensions. 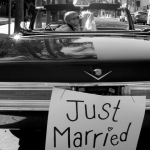 Shining a spotlight on South Africa’s most beautiful wedding venues