Some will consider former Japanese Princess Mako and her ‘peasant’ husband Kei Komuro the stuff of fairy tales. Upper echelon circles have considered it dishonourable. Either way, for those who may have thought that the kind of love worth sacrificing everything for is dead, it’s a story worth knowing.

The daughter of the Japanese emperor’s kin has made headlines for breaking the shackles of royal tradition in the name of not only love but also her independence – being the first female Japanese royal to do so.

Four years ago, the former princess and her college sweetheart, a non-royal, brought a real-life fairy tale into the world’s gaze. Many swooned over the kind of love so powerful it would cause Mako to willingly take on the harsh consequences of marrying a commoner. As the BBC writes, their smiles won over a country.

But the consequences were brutal as those within Mako’s social class frowned upon the former Princess’s decision. It would mean losing her royal status, forfeiting millions, and facing intense scrutiny at the sacrifice of her mental health – for years.

But to Mako, Kei Komuro was the sun, famously mentioning that his smile was as warm as the burning star.

The couple had met at a meeting of students planning to go abroad in 2012 and had become close as university students over five years, even when studying in different countries. Mako’s university journey was also largely her first symbol of abandoning tradition as it marked her leaving the traditional institution of study for royal Japanese family members.

While it may have seemed as though Mako was taking all the heat for a story films will no doubt be made about, Komuro too had signed up for mass public scrutiny. As VICE reports, intense questioning regarding whether Kumuro would cause Mako to struggle financially in the future came about in the past after an alleged money dispute to do with the young lawyer’s mother and her former fiance.

However, despite it all, the young lovers have stood by each other through and through and tied the knot yesterday, October 26.

In a highly anticipated live TV appearance, the former princess defended her marriage decision expressing that:

“Kei is irreplaceable for me,” she said. “For us, marriage is a necessary choice to live while cherishing our hearts.”

Mr Komuro also made vows to his love, stating the words that will be quoted by hopeless romantics all over the world:

“I want to spend the only life I have with the one I love.” 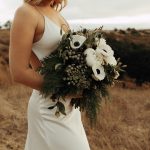 What to consider when attending a virtual wedding