As kids, we all watched movies and dreamed that our lives would turn out just like those happy endings. For those who were born to be hopeless romantics, you probably also aspire to ensure that your wedding would be like the ones you saw in the cinemas!

Big screen nuptials are often the way we define what a “fairytale wedding” looks like. From dramatic decor and perfect locations, to heartfelt speeches and outpourings of love and devotion, silver screen weddings are enough to make your heart skip a beat.

Perhaps you want to base your wedding on your favourite cinema wedding memory, or maybe you simply want to feel warm and fuzzy inside. Or you’re just looking for some Netflix inspiration! Here are six of our favourite big screen weddings to entertain you

As the bride and groom make their way down the aisle as newly-weds, a choir can be heard singing “Love, Love, Love”. The chorus echoes through the halls and musicians are revealed on the pews, behind some curtains. The event was a surprise for the couple from the best man, who is the best friend of the groom and happens to be in love with the bride too.

Jane finally gets to be a bride after playing the role of bridesmaid 27 times! Once she breaks out of her shell, and finds her husband in the process she ends up with a colourful wedding (with 27 bridesmaids). What more can you ask for!?

192. 27 Dresses #365Movies Movie: 27 Dresses (2008) Starring: Katherine Heigl, James Marsden Genre: Romantic Comedy Two things about Jane: she never says no to her friends (she's been a bridesmaid 27 times) and she's in love with her boss, George, nurturing dreams of a lovely, romantic wedding of her own. She meets Kevin, a cynical writer who finds her attractive, and that same week her flirtatious younger sister Tess comes to town. Jane silently watches George fall for Tess, a manipulative pretender. Worse, Jane may be called upon to plan their wedding. Meanwhile, Kevin tries to get Jane's attention and has an idea that may advance his career. This classic romantic comedy about love, lust and lies stars the queen of rom coms Katherine Heigl. James Marsden is the Charming reporter who's supposed to sweep Katherine's character Jane off her feet but she's crushing on her boss, who's fallen for her annoying younger sister. It's as corny as romantic comedies get. Throw in a montage of Katherine trying on 27 wedding dresses and the pair singing karaoke in a bar and you've got an adorably cute chick flick. If you loved Katherine in The Ugly Truth and Life As We Know It, you'll love 27 Dresses. ⭐️⭐️⭐️⭐️ . . . #katherineheigl #27dresses #movie #film #wedding #bride #movieaday #moviechallenge #film #365moviesin365days #moviereview #filmreview

For some, bigger is better and for others the opposite is true. Anakin Skywalker was one of the latter. On top of the fact that we had Jedi training amongst other things. He and his better half kept it simple, getting married overlooking the coast. How romantic, right?

Padme Amidala’s dress has to receive an honourable mention here too. The detail is exquisite.

The Movie Inspo We love our movies & tv series’s! Star Wars, Lord of the Rings, Game of Thrones, True Blood .. you get the idea We definitely want to get some touches of personality into our day without going overboard (that would be me) I love Halloween & any excuse for fancy dress so I’m really keen to leave anything gimmicky out as I could easily get carried away but we have a few ideas up our dramatically long robe sleeves 🤫 Side note – how amazing is the detail in Padme’s dress (seemed an appropriate choice for May the 4th) ✨ #weddingideas #moviewedding #fantasywedding #anakinandpadmewedding #maythe4thbewithyou #weddingplanning #justsharingmythoughts #moodboard #weddinginspiration #somethingdifferent #notsoaveragebride

Lavish, bohemian, and picturesque. A forest wedding, followed by a massive reception at an outdoor venue. Natural decor with flowers overflowing at the ceremony and reception. This is truly the wedding of dreams.

The scene moves from  Julia Roberts and Richard Gere slow dancing on a balcony over looking the city, to their nuptials in an open field surrounded by their loved ones. Thereafter, the newlyweds ride off on some horses. I mean, can anybody say fairytale?

The Sound of Music

When a song used in a movie wedding influences brides for decades to come, you know for sure the film was something special. Julie Andrews is magical in the wedding scene, which is what made it so amazing.

The Sound of Music is next to be eliminated from our game. I know a lot of you will be sad about this. It's an iconic dress from an iconic film 💕 – I've included a clip of the dress in motion at the end, but couldn't include audio because then it would get taken down for copyright 🤦🏽‍♀️ – Let's try and appreciate the dress in the comments and keep the complaining to a minimum? 🤞🏽 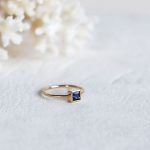 Sustainable African jewellery to rock on your wedding day Shorts suits: For the summer groom What to pack in your bridal emergency kit