Before you finalise your budget, it’s a good idea to look for costs you may have overlooked. The last thing you want is to overspend or to budget incorrectly and as a result sacrifice something you want!

There are some fees that can sneak up on you and some that you forget to consider. Other times, you may not even realise that certain things have a cost attached to them.

Here are some hidden costs you should consider when wedding planning:

While this is a small fee, it should not be dismissed as insignificant. Remember that every little thing adds up in the end!

This is necessary for before and after the wedding. You’ll have to send out save the dates and invitations before and thank you notes after. (Unless, of course, you’re going digital).

Stamps and mailing fees can result in a relatively large fee. This is especially true if cards are oddly shaped or quite large.

Wedding’s are a lot of fun. As a result, it’s common for the party to carry on even after the agreed upon ending time. The venue, DJ or Band, and catering company (which includes waiters and kitchen staff) will charge you extra if your big day goes over schedule.

If you’re testing out floral combinations, this could cost you more than you expect. Sometimes you’ll get the first trial free. Thereafter, however, you’ll have to start paying for the vendors time and efforts. Especially if you change your mind a lot or are having trouble finding exactly what you want.

Often, hair and make-up trials also have fees attached to them. After all, the artists are using their time and equipment.

We often forget about the post-wedding costs because we’re so caught up in the whirlwind of things that need to be done and paid for before the special day arrives.

Don’t forget that there are clean-up costs involved, and often you’ll have to pay for the taking down of your decorations too.

Some venues come with their own caterers, designers and the like. Other venues work exclusively with specifically chosen vendors. Usually, if a venue has either of these policies and you prefer to choose your own vendors, you’ll have to pay an extra fee.

Similar to the point above, many venues have their own chefs or they have an agreement with a cake company. If you bring your own cake along, you’ll be charged extra for the cake to be cut and served to your guests. For this, you usually pay a certain amount per guest.

The same goes for bringing your own wine! If you bring you’re own, you’ll be charged extra for it to be served. Sweet songs to slow dance to on your big day 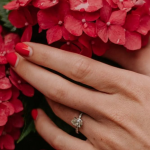 7 Wedding nail ideas for brides and their big day